The word according to Amanda Dambuza 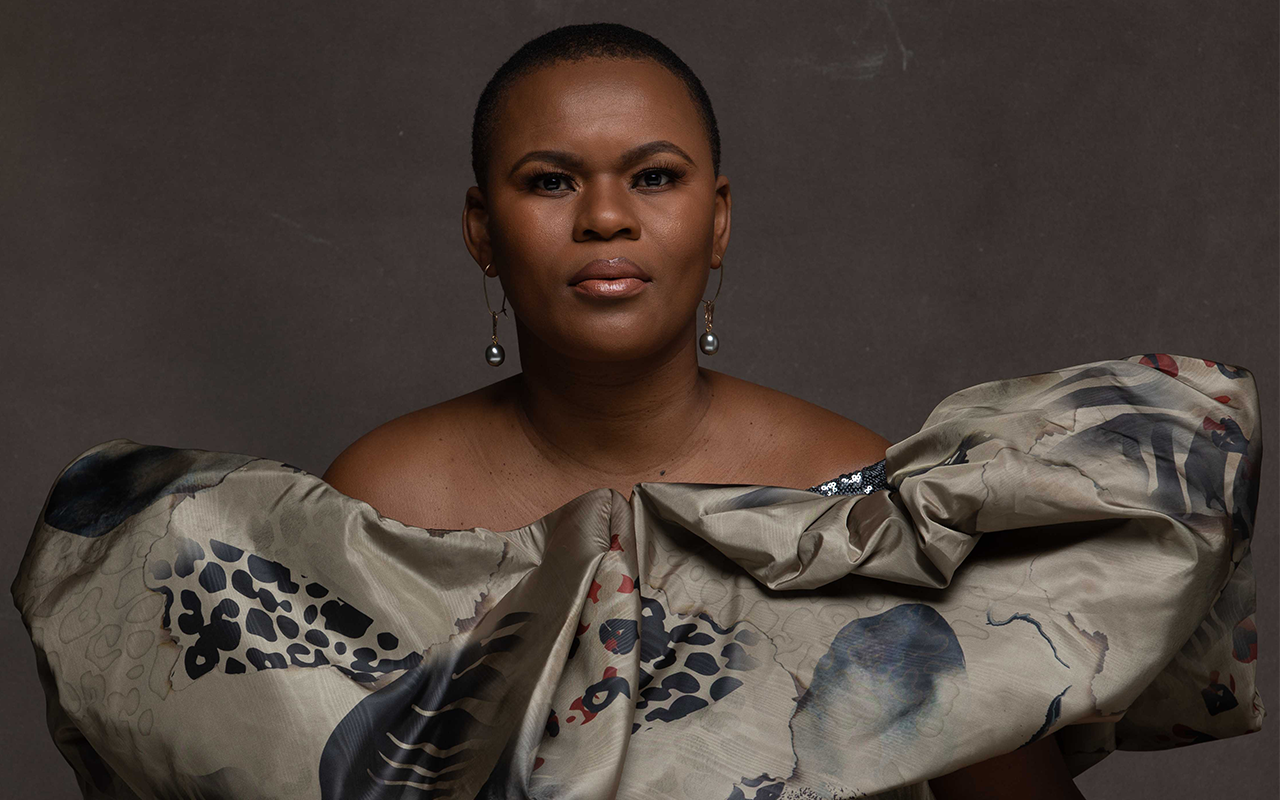 In the final chapter of Amanda Dambuza’s self-published memoire, Baked in Pain (2018), she quotes advertising executive Bruce Fairchild Barton: “Nothing splendid has ever been achieved, except by those who dared to believe that something in them was superior.” Barton authored one of the best-selling non-fiction books of the 20th century, The Man Nobody Knows (Ivan R Dee, 1925), in which he presents Christ as “the founder of modern business” in an effort to make the concept of God accessible to businessmen of the time. Barton depicts a strong Christ who worked with His hands, slept outdoors and travelled on foot. He maintains that Jesus was the world’s greatest business executive, Who created a globally dominating organisation with a group of 12 men hand-picked from the bottom ranks of business.

The notion of being hand-picked for a purpose greater than one’s perceived ranking due to one’s superior inner quality – which is often invisible only to the eyes of God – has been shared by a number of prominent leaders of our time, including Oprah Winfrey, Aliko Dangote, Folorunsho Alakija, Richard Maponya, Strive Masiyiwa and Tyler Perry. The resurrection of the Christ figure suggests a possibility of rebirth after the most harrowing of deaths.

At this cusp of the resurrection of DESTINY into its everlasting destiny,W we journal a business journey of continued resurrection and rebirth from one of the continent’s most formidable underdogs who was hand-picked by a Power greater than her own to live a life of pluralised pain so that her triumph from overwhelming darkness would bring to light the resounding power of the superior human spirit.

On a Saturday afternoon, the quiet side of Pretoria is rocked by the rumbustious applause of a group of 20 black, bold and successful women who are on their feet and chairs with no regard for etiquette, expressing gratitude through tears, screams, whistles, claps, jumps and table drum-rolls. Brought together by formidable business and corporate powerhouse, Dr Lulu Gwagwa for her cyclical mentorship programme for young women in corporate and business, this group of attorneys, Master’s and PhD students, accountants, entrepreneurs and advertising executives stand in awe of the brave account of Dambuza’s life. Wearing her favourite Gucci scarf, in that moment of loud roar, cheer and overwhelming emotion, stood a woman confident in the impact of an honestly shared story.

In her book, Dambuza asked: “Is it possible that my mother’s role in my life was just to deliver me safely to this earth so that God could put me to work?” Put her to work He certainly did.

Born in eSikhawini near eMpangeni, a township in northern KwaZulu- Natal and raised in the rural Transkei, Dambuza’s walked a long and tortuous path. Today, her accolades include being a Non-Executive Director of companies such as Redefine Properties, Grindrod Bank & Grindrod Financial Services Holdings, among others, being a guest speaker at the World Economic Forum in 2019 as well as at multiple corporate client events for organisations such as Unilever, Nampak, Absa, Liberty, Standard Bank, BWASA and SA Homeloans, being the Director of Modus, BPS Holdings, USWAYA Investment Holdings & Leadership Development Strategies, being the non-executive founder of the Africa Data Science Association from 2016- 2018, being the advisor to the IT Exco on transformation in the largest bank in Africa, being nominated as one of the top 50 South African women in the technology and innovation sectors by the Inspiring Fifty initiative (in co-operation with the Kingdom of the Netherlands) and winning the 2017 Veuve Clicquot Elle Boss awards – an accolade which catapulted her interface with the media.

These accolades have impacted the quality and quantity of audiences which at any given moment stand applaud her success. However, the road to this position of glowing achievements had led Dambuza through many dark passages, including a traumatic childhood where abandonment, rejection and multiple forms of abuse were far more prevalent than love, nurturing, protection and support.

“I said: What about my eyes?
He said: Keep them on the road.

I said: What about my passion?
He said: Keep it burning.

I said: What about my heart?
He said: Tell me what you hold inside it?

I said: Pain and sorrow.
He said: Stay with it. The wound is the place where the Light enters you.”

It’s said that there’s a season for everything under the sun, even when we can’t see the sun. Best-selling author Ta-Nehisi Coates’ latest offering, The Water Dancer (One World,2019), offers a similar perspective when the main character, Hiram, recollects almost drowning: “I noted that there was light in one direction and darkness in another and deduced that the dark was the depths and the light was not.” The implication is that the dark’s depth was due to its profundity of knowledge, understanding and revelation.

In her book, Dambuza echoes this as she recounts an early childhood memory: “One day, as I was walking out of the pit toilets, I was captivated by a huge tree to my left. I soon learnt that it was a pearl acacia. I found solace under that big tree. I would go and sit under it and start picking up the black seeds it produced… The tree soon became my friend. It would produce stunning bright yellow flowers in the winter… It became a symbol for me, as I started appreciating how seasons changed. It’s very easy to be despondent when you’re in a valley, but it is at this precise moment that you’re being prepared for what is to come.”

After a full day of shooting this iconic cover feature, in an environment textured by couture fabrics, runway stilettos and flashlights, packs and racks of make-up products and brushes, roaming camera operators, bite-sized eats paired with her staple Veuve Cliquot champagne, Dambuza emerges still sufficiently energised to take the day where it needs to go next – our interview.

In one of the many insights she shares, Dambuza captures this Coates-like and Rumi-esque sentiment while describing the illuminating revelation to which the darkness of her abusive childhood led her. “I was born a rejection,” she says. “To make matters worse, shortly after my birth, my mother left my dad and I grew up in the Transkei, where I was abandoned by her. When you grow up without your parents, you feel partially at fault because you don’t have anyone to protect you. I had an incredibly abusive uncle who beat me every day for anything from not switching on the lights to not cooking what he wanted or not doing my homework at the appointed time. I had to tell myself that although I was going through all of that, one day I’d own my life.

“A pivotal moment was when I tried to run away from him to my grandmother’s house. I couldn’t get away fast enough and I hid behind a hot coal-burning stove. It felt like a lifetime. I sat there roasting, but that was still better than coming out, because he was in a really beastly mood that night. Even then, I told myself I’d come out of it. My spirituality was an escape because it came from the darkest moments, which forced me to find a glimpse of light; something to hold onto. It’s in the deepest and darkest valley that the light emerges. It doesn’t mean that it stops: in fact, I got beaten up even more when I went to church or came back from a cell meeting, but the light was something to hold onto.

“I speak about the darkest moments quite often. They were actually my most defining moments, because of what they can push you towards. Look at me now! Seasons definitely change.”

So how did Dambuza reach this level of assured acceptance and appreciation for even the most harrowing experiences of her life? The answer is an action woman are branded as abrasive and overbearing for practising, while men are considered strong and assertive for exercising: confrontation.

It’s said that school starts when the crowd leaves, and that the person who wants to lead the orchestra must turn their back on the crowd and go inwards. Dambuza was born into a forced school with biological parents who abandoned her and an uncle who abused her. Her entire early life was a class in session, learning bitter lessons.

As spiritual guru and writer Deepak Chopra has written, pain isn’t the truth; it’s what you have to get through in order to find the truth. And truth demands confrontation, which is really about reconciliation and awareness, as opposed to judgement and anger. 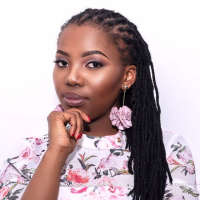