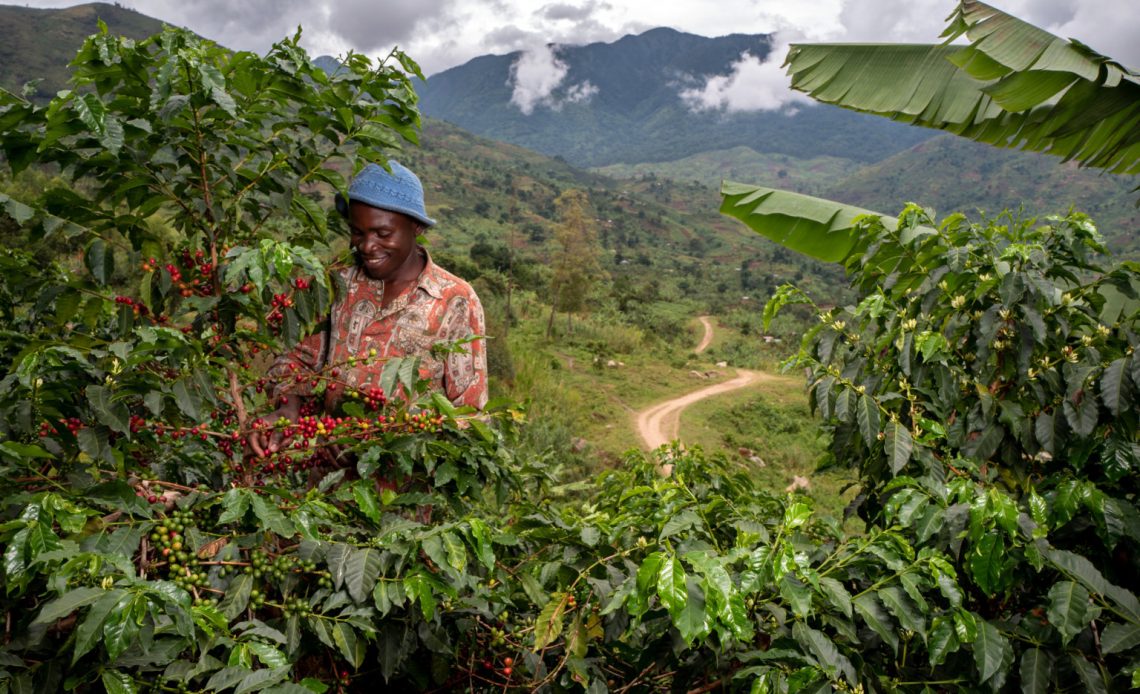 You may know the saying “Life happens, coffee helps”. Well, Nespresso has consistently leveraged this.

Nespresso first discovered the potential of reviving a forgotten coffee when it ventured to South Sudan in 2011. The limited edition SULUJA ti SOUTH SUDAN became the country’s second export after oil in 2015 and 2016, and helped to diversify the economic base of the world’s youngest nation. In 2016, Nespresso launched the limited editions AURORA de la PAZ, its first coffee from the Caquetá, Colombia, conflict region, and CAFECITO de CUBA the first Cuban coffee to come to the United States in more than fifty years (exclusive for the US).

In 2019, Nespresso officially launched its Reviving Origins program alongside new single-origin coffees from Eastern Zimbabwe – TAMUKA mu ZIMBABWE – and Caquetá, Colombia – ESPERANZA de COLOMBIA – followed by CAFECITO de PUERTO RICO (exclusively for the US), supporting the rebuilding of coffee farming in Puerto Rico after hurricanes Irma and Maria in 2017. The Reviving Origins program aims to restore coffee production in regions where it is under threat. 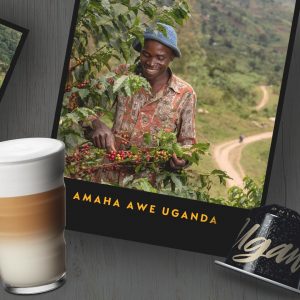 Nespresso has provided continuous training on quality and productivity, as well as free technical assistance through its agronomist network. It also addresses infrastructure challenges that exist in these areas by building wet mills or helping to establish coffee cooperatives. Resources provide coffee farmers with the tools to improve their livelihoods through the increase of the quality of their crop.

As a result, productivity has increased. The availability of AAA high quality coffee has grown by 9% in the Manicaland province of Zimbabwe from 2018 to 2019.

To celebrate this milestone, the brand has introduced a new coffee elsewhere on the African continent with AMAHA awe UGANDA (‘Hope of Uganda’), from the Rwenzori Mountains.

In Uganda, climate change, poor farming practices and economic hardship has meant that the production of high quality coffee has been a challenge over recent years. As part of the Reviving Origins program and in partnership withAgri Evolve, a young agribusiness dedicated to improving farmer productivity, Nespresso is working with more than 2,000 farmers, providing training and expertise to improve coffee quality and productivity in addition to establishing sustainable farming practices.

Guillaume Le Cunff, CEO of Nespresso said: “Coffee is the lifeblood of entire communities across the globe. In many regions, coffee farming is threatened for reasons such as climate change, conflict and a shifting global economy. Through the Reviving Origins program, Nespresso provides support to struggling coffee farming areas and helps breathe new life into local economies and, most importantly, communities in these regions.” 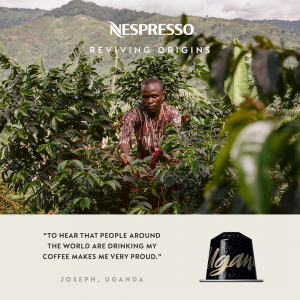 Jonny Rowland, Owner and Managing Director of Agri Evolve said: “Our partnership with Nespresso enables us to provide ongoing support to the Rwenzori coffee farmers. Through community projects and teamwork, growth and development are not only within the coffee farm but also in the improved environmental and social standards of the community. The Rwenzori coffee farmers now have the opportunity to share their premium quality coffee with the world, leading to higher household incomes as well as giving communities and families confidence for a sustainable future in coffee farming for the generations to come.”

The AMAHA awe UGANDA coffee is now available in 31 countries, including South Africa. This is alongside Reviving Origins coffee, TAMUKA mu ZIMBABWE – back for 2020 following its initial launch in South Africa last year.

The Reviving Origins program’s long-term aim is to establish these under threat coffees as permanent blends, available all year round for consumers, by helping farmers to increase the quality and the yield of their coffee, which brings crucial economic benefits for the regions involved, and leveraging strong partners in each of the origins.

This year, Nespresso is, for the first time, making its AAA Sustainable Quality™ Program data publicly available using blockchain technology. Introduced for Zimbabwe initially, a new Nespresso platform traces the AAA coffee from farms in Zimbabwe all the way through to the Nespresso production centre in Switzerland. Through the Nespresso AAA Sustainable Quality™ Program, the company has had a traceability process in place since the program’s inception in 2003, making it possible to track coffee back to individual farms.

Users of the blockchain platform will be able to zoom in on specific farms, where they can find a breakdown of the total coffee produced at farm level and the amount of high quality coffee bought by Nespresso.

“We know that consumers are more and more interested to know where their coffee is coming from. Thanks to our AAA Sustainable Quality™ Program, we have had traceability back to individual farms in our value chain for over 15 years. I am pleased that thanks to this blockchain initiative, we can now take it one step further and invite our customers to discover the farmers behind their TAMUKA mu ZIMBABWE coffee”, says Le Cunff.