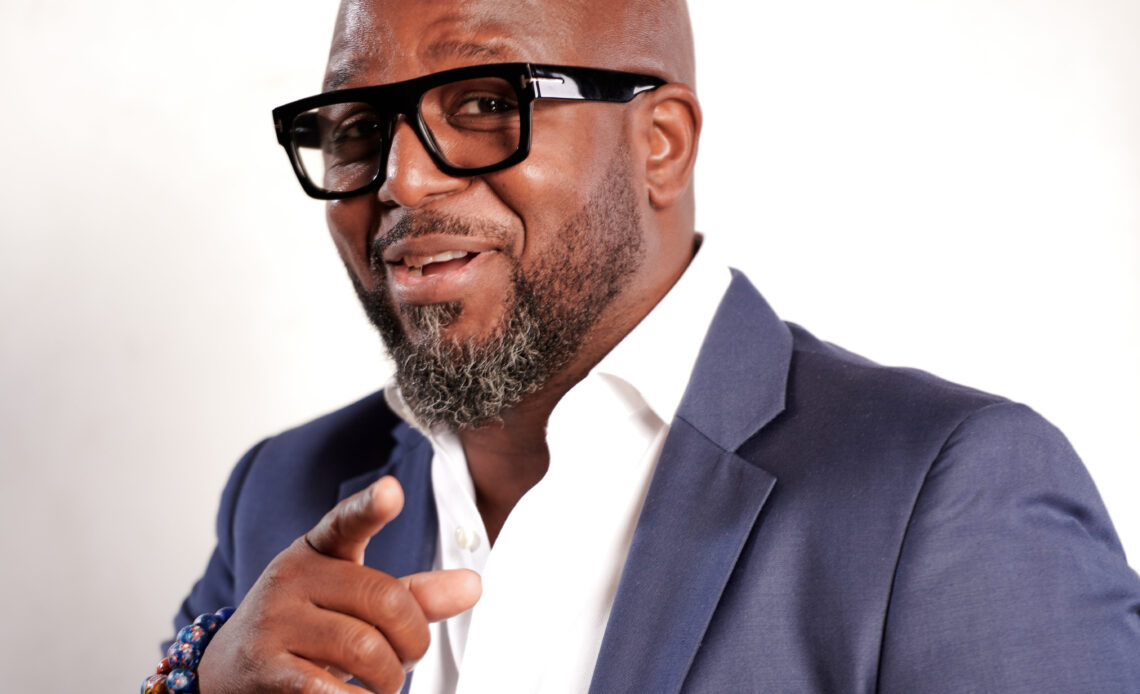 Marcus Baffoe-Bonnie is the vice president and managing director for Michelin sub-Saharan Africa. It’s a role he has been in for just over eight months after holding several leadership roles at the tyre manufacturing company in cities including South Carolina in the United States and Dubai in the United Arab Emirates.

Marcus Baffoe-Bonnie is the vice president and managing director for Michelin sub-Saharan Africa. It’s a role he has been in for just over eight months after holding several leadership roles at the tyre manufacturing company in cities including South Carolina in the United States and Dubai in the United Arab Emirates.

His passion for igniting and building high-performing teams is what brought him back to Africa, where he feels his international training coupled with his eclectic life experiences uniquely position him to add value. Marcus, the oldest of three boys, spent the first ten years of his life in Germany and moved to Ghana when his father, a paediatrician, relocated them back home.

“I had an amazing childhood, growing up with over 60 other kids we played outside until the streetlights came on. As a kid I saw my father and other Ghanaian doctors, some of them German-trained just like him, toil tirelessly to build a fledgeling medical school into one of Africa’s leading medical institutions.

“My work ethic probably comes from my dad. For as long as I can remember he was a university lecturer, he headed the paediatric department at the Komfo Anokye Teaching Hospital and ran his private practice. All at the same time. “To this day, everywhere I go I meet people that my father trained, and it’s created a deep-seated need to build something that lives beyond me.”

Coming from a family that valued education, Marcus already knew by the age of 11 that he would go to university – it was not a matter of choice, but the importance of education was instilled in him at a very young age.

“For a long time, I fancied that I was going to be a doctor and take after my father, but I realised quickly that it was not for me,” says Marcus when talking about his university years.

He ended up studying Land Economy at the Kwame Nkrumah University of Science and Technology in Ghana and worked at the Lands Commission for a year as national service after graduating.

“Before going to university, my mother said to make friends and connections. ‘It’s not just about what you learn. You have four years to experience life, meet people and make friends with people that are very different from you. This is your opportunity to discover who you are.’”

This advice led Marcus to engage in multiple entrepreneurial experiences with his friends – he made greeting cards, clothing, scouted talent for the local Miss Universe pageant and sold loudspeakers. These experiences exposed Marcus to people from all walks of life, as a result, he developed a genuine interest in people.

Having worked with people from across the world, Marcus learned not to judge anyone and always be ready to listen to people’s stories because “you just never know where people come from and what they have to offer.” It also made him appreciate the power of storytelling, believing that a good story is the most effective way to get people to buy into your ideas and vision.

In talking about his current role at Michelin, Marcus loves how it affords him the opportunity to develop people and bring out the best in them.

“I feel like I’m uniquely positioned to change people’s lives, and I love that about my job. I’m in a position to get people to see themselves in a way that they didn’t before, to enable them to reach for things that they never thought they could. We are building a high-performance culture that’s diverse, inclusive, and fun here at Michelin.”

Guided by the company’s fundamental purpose of offering everyone a better way forward, Michelin has improved its succession planning to ensure a healthy pipeline for key roles, it has enhanced its high potential detection and acceleration process, and the number of women in leadership has increased by +50% over the last four years.

“People are the backbone of our strategic model, retaining, engaging, growing and attracting top talent is essential to our success,” adds Marcus.

The company is also focusing on the mental health of its employees – a rising issue which they are taking very seriously. Michelin is constantly finding ways to support its employees in a meaningful way and at every level of the company.

Marcus describes himself as a compassionate and direct leader and he believes that feedback is a gift. “Just by being clear with people about what’s working and what’s not working gives them the gift of choosing to improve.”

Marcus’ purpose is to grow talent and build leadership competencies in the continent, this is the main reason he wanted to come back after his years overseas.

His move to Dubai would be the door he needed to get a foot back on the continent. After a year in Dubai, Michelin transferred Marcus to the South Africa office as the MD for the Southern Africa cluster of countries and eleven months later, he was promoted to his current role of leading the sub-Saharan cluster of countries. A new sub-Saharan structure soon followed, opening the door for many South Africa based employees to grow and manage larger geographic scopes and business units.

“This continent has an abundance of resources; we literally have everything. The only thing we don’t seem to have in abundance is leadership – and you see that expressed politically and in the corporate world. I’ve always believed that if we figure that out then we will be unstoppable.”

One of the biggest lessons Marcus makes sure to pay forward to everyone he has the opportunity to work with is how to have meaningful career conversations.

In 2009, having just worked at the Michelin South Carolina office for a year, a colleague asked Marcus about his career aspirations. Offering the standard response of what he wanted his next job to be – Marcus received an insight and a lesson that changed the trajectory of his life.

“My colleague and I were having a conversation about careers and I was talking about what I wanted to do next and I remember she said to me ‘Do not minimise yourself by having a career conversation about your next job’ – of course I did not understand what she meant as I’d always done it that way.”

“She said to me, ‘The conversation you want to have is about where you want to be in the next seven to 10 years and what skills and capabilities you need to build and develop to be effective when you get there. That way, you and the company will be aligned to the same quest and all the assignments you do will be in service of that goal.’”

Coincidentally, two days after that conversation Marcus got a call from his career manager. Marcus decided to take his colleagues advice and explained that he wanted to run a Michelin company in Africa, preferably without manufacturing.

“I remember my career manager looking at me without blinking and in my mind, I was like did you hear me?” adds Marcus with a chuckle.

The conversation did become about what capabilities and skills Marcus needed to effectively fulfil the role and a year later he was offered the role of MD in Nigeria.

“That’s the best corporate advice I’ve ever received, and I have paid this forward because when I share it with people, I have seen it change the trajectory of their careers and lives.”

At the time, Marcus was the country marketing manager for the BFGoodrich light truck business, a sizable business in the US.

He was however not able to accept the role as he and his wife had just found out that their son was severely autistic.

“Declining the offer did not impact my career prospects and that’s another thing I love about Michelin. As a matter of fact, a couple of months later I became the retail marketing director for the US passenger business” adds Marcus.

A passionate leader, Marcus also learned very early in his career that we are all role models at multiple levels – whether in our communities or at work – and we should always make time to share our wisdom with young people or those just starting out in their careers. 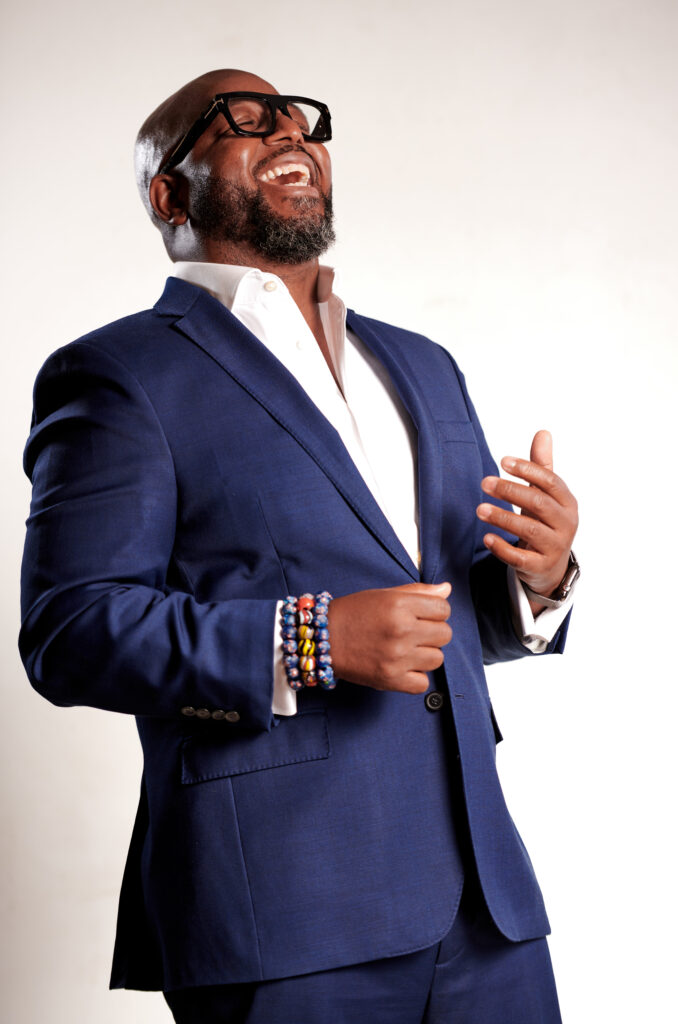 “We have the capacity to change people’s lives in ways that we often do not comprehend or imagine. It’s taken me a while to realise but spending five minutes over a coffee can change the way someone sees themselves. I still get calls from people who tell me how I’ve changed their lives and looking back, the encounter may have seemed insignificant to me.”

Marcus is also more intentional about carving out time for himself – to connect with friends or read a book. This was specifically brought on by the pandemic and the resultant work-from-home culture.

With a daughter that is now in university and a son with special needs, Marcus is finding it beneficial to make time for himself so he can be the best for his family and colleagues.

“I make time for what’s important. I’m more intentional now about distressing – for example taking meetings outside the office, in a more relaxed setting and making time to hang out with my friends. I’m literally on WhatsApp group with my friends from primary school and it’s almost as if we are back there. Before the pandemic I just didn’t have time for that.”

This view is also true for the business, who is now constantly ensuring that it is supporting its customers in a way that matters.

“We started a dealer forum to engage our dealers and help them navigate the crisis. The pandemic changed our outlook, caused us to prioritize and accelerate some key initiatives.”

The company recently relocated to a green building in Sandton, now the head office for the sub-Saharan Africa cluster and Marcus is now, along with his team, building the Africa, India and Middle East B2B centre of excellence. That is why they are looking to attract, engage and retain top talent from the continent.Marcus is quick to say, “We still have a lot of work to do as we execute our global people, profit and planet strategic model which will elevate us to a new level that benefits our clients and customers.”