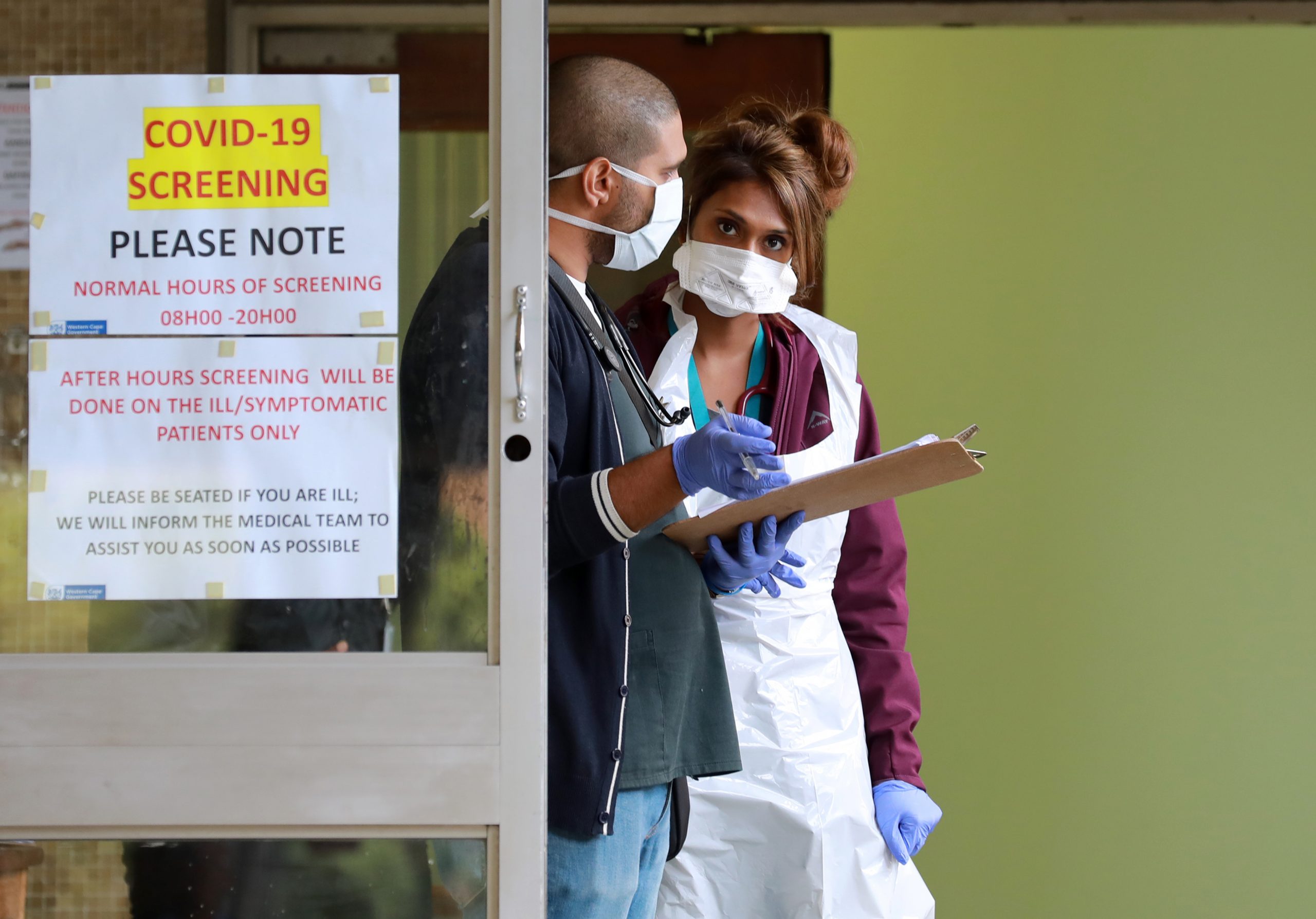 A Krugersdorp-based doctor employed a little help from his friends to come up with an innovative design to simplify access to ventilation in the face of the Covid-19 pandemic.

Jano de Beer, a medical practitioner, with the expert assistance of anaesthetist Estienne Neuhoff and electronic engineers Gerry Geel and Maritz Botha, are well on their way to perfecting their ventilation device, which can augment the capacity of a conventional ventilator tenfold, and at a fraction of the cost.

And, to top it off, it is compact, weather-proof, can use any oxygen source and can be powered by conventional electricity, a battery or even solar power. In fact, the next “test” would be to throw it into a swimming pool to prove that it still works.

It uses a regular bag valve mask (Ambu bag), which is widely available in most healthcare institutions and ambulances, and converts it into a mechanical ventilator. Attached to an oxygen source and the new device, it delivers a repeated, volume-controlled amount of air to an incubated patient. A mechanism, which looks like a spatula, presses down on the Ambu bag at controlled intervals, thus delivering the desired amount of oxygen to the patient.

“This is an emergency ventilator prototype which is quite scalable. The only thing that’s hindering us at the moment is getting the components we need during the lockdown,” De Beer said at the Cure Day Hospital in Wilgeheuwel, Johannesburg, where he and his colleagues demonstrated the device to News24 on Monday.

Initially using whatever parts he could find, Geel built the first prototype out of wood in his garage in the early hours of the morning, working as quietly as he could so as not to wake the neighbours.

“The mechanism we chose is from a well-known company that supplies it to sports car manufacturers, and the unit has a track record of lasting over eight years,” Geel says. “These wiper units get tested on cars with snow on the windshields, so that’s why we chose this specific mechanism – it never has to be serviced, it never has to be oiled or greased, so that was the critical consideration for us.

Built in Africa for Africa

“This is something that was built in Africa for Africa. One of the biggest problems we have on the continent is access to power. This unit was designed to work in any situation. You can literally connect it to a car battery. So this unit can be used in a field hospital, where it could run four to six ventilators for up to two days on one battery,” Geel says.

De Beer was studying emergency coronavirus protocols one evening and read that, as one of the protocols, no patient above the age of 70 would be ventilated.

“Both my parents are older than 70,” says De Beer, “so the next morning I phoned Gerry and said, ‘we’re going to have to make a plan’. So we started and, three weeks later, this is what we’ve come up with.”

According to Geel, what makes their prototype unique is that it is a collaboration between engineers and healthcare professionals.

“We had to comply with a long list of medical standards, so that it could be used in practice. But, also, it had to be so simple that someone with little training could use it.”

Geel emphasises that this device does not replace a conventional ventilator by any means, but can be used as an emergency contingency.

“We worked on this for two weeks, non-stop. We worked around the clock. We had to pull a lot of strings to get to where we are now. Because of the lockdown, we had to work in the garage, cutting and putting together the prototype with what we had.”

De Beer says the first prototype was so crude that a nurse mistook it for a hi-fi system. But it has – within a few short weeks – evolved into its current form: made from plastic and easy to assemble, making shipping and using the device as simple as possible.

“Going forward, we can get the necessary certificates and then we can start putting together something proper – but still steer clear of using too many electronics, except for the dials. We want this to remain as mechanical as possible.”

The device already complies with most requirements for medical use, but it’s still a long road ahead before it can be certified.

That said, desperate times call for desperate measures, says Geel, and with the Covid-19 pandemic currently putting unprecedented pressure on health facilities worldwide, this device could be in use soon.

“But not only for Covid-19 – we want this to be available beyond the pandemic, to be used throughout Africa, or wherever there are difficulties getting the necessary medical equipment. I would really like to see that.”

Covid-19 was the catalyst for invention

De Beer agrees: “Necessity is the mother of invention. Obviously, if it hadn’t been for Covid-19, this would never have crossed our minds. In a rural or poor setting, how do you expect a government or health department to buy 10 ventilators if you can use that money for medication or other needs? We realised that there is a big shortage in relatively inexpensive, quality ventilators.”

Geel says the prototypes have improved to a point where, once they can add the necessary electronic components, they will have a product that is ready to be used in the field.

“As long as the settings have been fine-tuned and put in place, and the patient parameters are measured, this could be less labour-intensive than running a complicated ventilator,” De Beer says.

From a technical point of view, De Beer got Neuhoff – who is also an intensivist – involved to assist with some of the more clinical aspects of the device in terms of its physiological viability.

“This is quite a crude device,” says Neuhoff. “That’s why there is such a huge price difference between a proper ventilator and what we have here. A lot can go wrong, but desperate times call for desperate measures – and this is a desperate measure. Ventilation is quite complex and can sometimes do more harm than good. But once you’re in a certain situation where there are no other resources, you have to take a chance.”

Without clinical evidence, says Neuhoff, it’s difficult to say how effective their device will be.

“Ventilation is almost an end-stage intervention, which is implemented as a last resort. If a patient needs to be ventilated, they’re in serious trouble. There is a very high chance that they may die.”

Neuhoff says there are many variables when it comes to ventilation, with the two main ones being volume and cycles.

“Volume of breath and respiration rate per minute – so the number of breaths and the volume of each breath. This is why proper ventilators are so expensive. This is, therefore, never a replacement for a state-of-the-art piece of equipment, but can be useful in certain scenarios, and can possibly be lifesaving. At this stage, we don’t know, but we have to give it a chance.”

De Beer adds that up to 85% of patients, who end up being ventilated because of Covid-19, do not survive.

“But from our point of view, 15% of patients do survive. Even if this gives us a survival rate of 5%, it still makes a difference. This gives people a fighting chance, at least.

“If the government’s current interventions succeed – and it does seem to be going well – our ventilator capacity in South Africa will suffice. But if it progresses to a stage where there is a sudden increase, like in Italy or New York in the US, where they were not prepared, then the situation is going to become desperate.

“Now, at least, we are preparing for the worst.”