Teachers going above and beyond to ensure pupils pass at the end of the year - Destiny Connect
Trending
Publisher's Perspective: Resuming life & business during COVID-19 Black Businessman sentenced to 24k fine or 12 months' imprisonment for using the k-word Bid on the best Bordeaux KFC hosts #AddHopeLive concert for COVID-19 relief Avoid Productivity Addiction During Covid-19
COVID-19 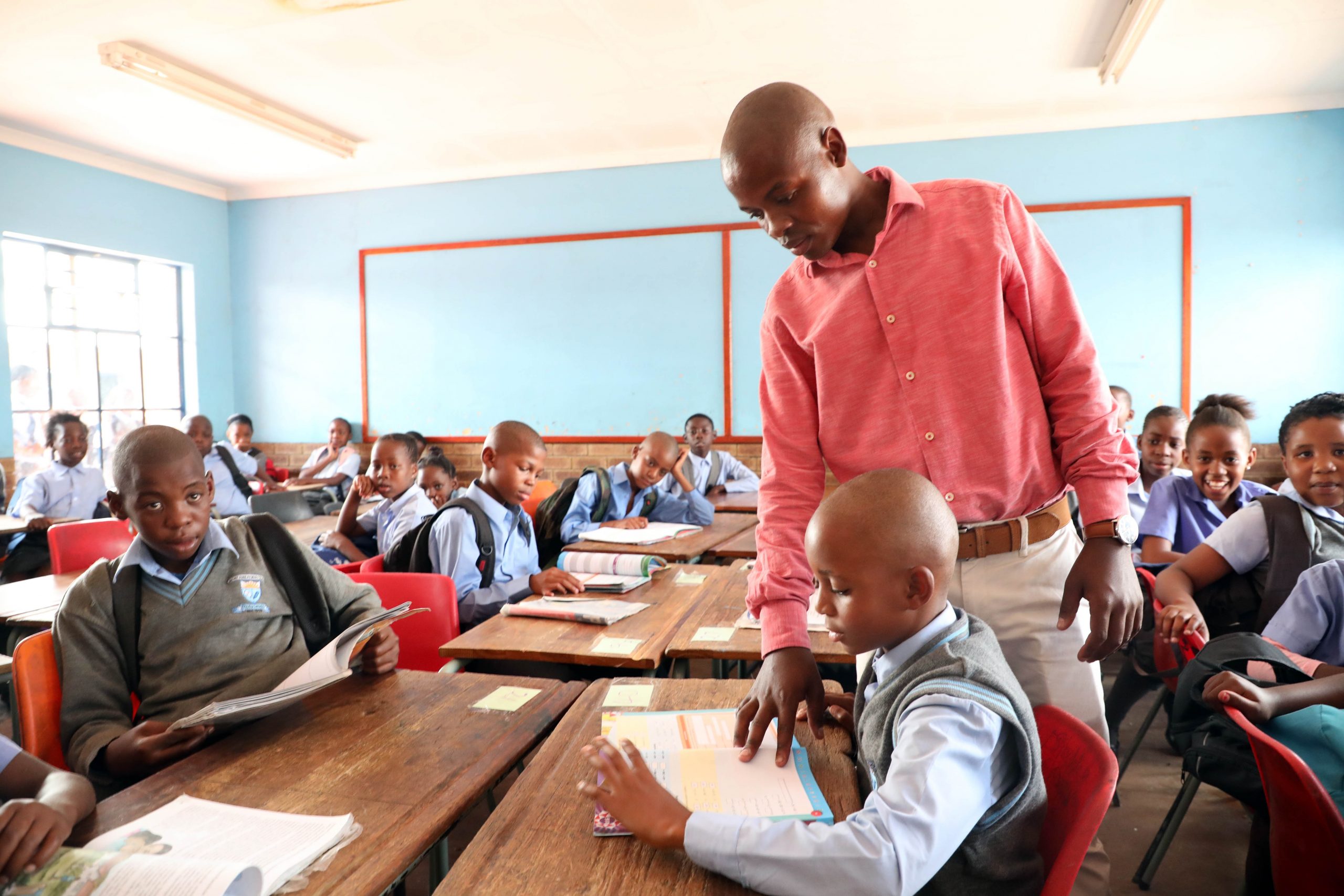 As the national lockdown continues as the country fights the spread of the coronavirus, the education sector is among those hardest hit and left with much uncertainty – but some teachers are going above and beyond in assisting the national government by ensuring pupils continue learning while at home.

This as the Department of Basic Education is rolling out its recovery plan using online platforms and broadcast classes during the lockdown which has been extended to the end of April.

Although there no announcement yet on the official opening date, schools in Gauteng have not despaired and lost hope – they are going the extra mile to ensure teaching and learning continues – so that by the time the lockdown is lifted and things return to normal, work has already been done, especially by matriculants.

News24 caught up with the principals of three schools in Gauteng who are confident the sector will overcome the challenges and pupils will pass at the end of the academic year.

They said although times were tough, for now, they were hopeful the academic year would be completed with positive results from their pupils.

Wandile James Makhubu, the principal of Unity Secondary School which is one of the best performing no-fee schools in the province, told News24 it was already the school’s culture to run extra classes from Mondays to Sundays but the arrival of the pandemic abruptly stopped it this year, leaving them hanging and frustrated.

But regardless of the challenge, Makhubu said his fellow teachers were pushing hard behind the scenes, teaching online and also using platforms such as WhatsApp to reach out to pupils.

“We are using every moment to enhance the performance of our learners. Now that the government says we will have extra time to teach, to us we have already been doing it anyway. We were teaching on Sundays, in the afternoons and during holidays, non-stop. It’s the culture of the school,” Makhubu.

He said the school, which is based in Daveyton on the East Rand, had started WhatsApp groups for pupils in grades 10, 11 and 12. On these groups, teachers post question papers which are discussed and tackled.

Makhubu added the system was working well so far and pupils were responding positively.

He added the groups were used to motivate frustrated pupils who were concerned about what lay ahead.

“We are trying to ensure that when we open, we won’t start from scratch, but will hit the ground running. The kids are responding very well. We have reached more than 90% of the Grade 12s,” the principal said.

He added they were aware not every pupil had access to WhatsApp and others struggled with getting data, but they were supplementing those students by making use of SMSes, where possible, as they look for a more feasible plan.

Makhubu said there was a lot of anxiety among the pupils who questioned him about whether the academic year would be continuing.

“They are very anxious. Some of them have raised that they cannot study from home because of situations not being conducive for them. A child says they are in a small little shack and there is no privacy and there is noise…

“We are going to overcome. We have had situations like this before [and] disturbances in our schools before but we want to work on the kids’ minds and ensure they focus more.

READ MORE: Rising to the occasion

“I always make an example about Vuwani, where there was a time, for two months, [pupils there] never went to school but they came up top,” the enthusiastic and outspoken principal told News24.

Makhubu was referring to the 100% pass rate achieved by John Mutheiwana Secondary School in Vuwani, Limpopo, which managed to achieve good matric results despite disruption of lessons due to unrest over municipal demarcation disputes in the region.

The SABC reported in January 2018 most of the pupils in the Vhuronga circuit in Vuwani had performed well, despite spending several weeks without learning due to unrests over municipal boundary demarcations.

Lessons at 26 high and 52 primary schools were affected by a shutdown of services that flared up sporadically since 2015.

Benoni High School is using a similar method to ensure its pupils also do not fall off the curriculum path.

Headmaster Eugene Rooyakkers said his pupils have moved to grouping themselves and assisting each other with work that was being sent to them electronically.

Rooyakkers added his school had, however, acknowledged not every pupil had access to computers or data to access work online, saying the school now hoped to have a booklet containing activities to assist pupils printed by the end of the week.

He said they were aware people were restricted in their movements, but would have the book available at the school and perhaps have a representative from the communities where their pupils live, to collect and distribute it to them.

Rooyakkers added this would allow pupils to not be left behind if they could not access work online.

“We will send out SMSes to everybody for some to collect food parcels and also collect work for those who cannot download. We are also using Google classroom. We are trying our best and obviously containing movement at the school. I’ve got permits to come in and make copies and ensure IT is running.

“Needless to say, I believe we will get through this year. There is no doubt.” Rooyakkers said while everyone was worried, there was no value in doing so but to just take it day by day until the lockdown was hopefully lifted.

Rooyakkers added work was also being posted on the school website and everyone, even those not from the school, was welcome to use the site to access the work.

General Smuts High School in Vereeniging has since reactivated its Facebook account and has begun posting schoolwork on the platform.

READ MORE: Coronavirus could push half a billion people into poverty: Oxfam

He said before the lockdown, the school management team had met and discussed that, as a recovery plan, the school would be accommodating its 230 matrics in the hostel for the remainder of the year so that catch-up classes could continue.

But the extension of the lockdown had delayed that initiative, Mokone said, adding the school would continue with the plan once schools reopened.

“We have seen that most of our learners are interested. Most of them were, however, looking forward to schools reopening but when the president extended the lockdown because of valid reasons, some of them got a bit worried,” the deputy said.

‘ We are happy about the effort and willingness ‘

South African Democratic Teachers Union Gauteng provincial chairperson Eddie Kekana said the union was aware plenty of time had been lost and had been supportive of some of the initiatives from schools although they were also concerned because not all the initiatives were reaching everyone, especially those in rural areas.

“We are not folding our arms. We have set up a communication channel with our members and there is a survey being run from our national office in terms of how they [teachers] interact with the lockdown situation and how they interact with learners and parents during this particular time.”

Kekana added the union had also given input in the national framework for recovery which was released on 6 April and contributed towards standard operating procedures, which look into what situations at schools would look like when the lockdown was eventually lifted.

“The reality is that we don’t know what is going to happen and we just have to observe all the regulations,” he said.

Gauteng education department spokesperson Steve Mabona said it was pleased with the work schools were doing.

He added some parents have said schools were sending work via WhatsApp and other online platforms.

“It’s a recovery plan which has been implemented and when we return, they will just augment on what they have been doing. So we are thankful for the leadership of the different schools.”